Lexi Suda, Inside Jax’s producer, is a Multimedia Journalism and Psychology senior at UNF. She has a passion for people, traveling and capturing positivity in the world around her. Following graduation in the Spring of 2018, Lexi hopes to pursue a career in producing in news or the entertainment industry. Her dream job would be to work as a producer for the Ellen DeGeneres Show. 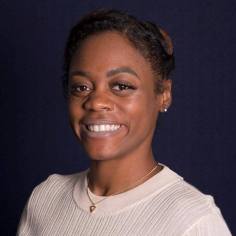 If she isn’t cooking vegetarian recipes in her kitchen, you’ll find Alexis McCartney, our Social Media Producer, indulging in her wanderlust around Jacksonville with her Canon or finding nostalgic trinkets at local consignment shops. She continually stretches her storytelling talents through her writing, social media and photography. She plans to attend graduate school and land a gig in the Public Relations industry — preferably working as a publicist for a reputable entertainment label. You can officially meet her at alexisloismccartney.wordpress.com 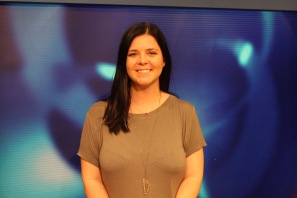 Katharine Pazder, another one of producers and print editor, is a Multimedia Journalism senior who has a passion for timeless print journalism, especially sports. Her job as an audio book editor has given her endless experience with editing and proofing. She is currently an editorial intern at Jacksonville Magazine and hopes to work as a sports/golf writer in the future.

Liliana, an Inside Jax producer, is a Multimedia Journalism senior at UNF mastering a minor in English literature. As a full-time student, she also wears a program director/copy editor hat at  Spinnaker Media. Liliana plans to pursue a graduate degree in Communication Management or English. She enjoys playing the piano and thrift shopping. You can get a full glimpse at who she is at lilianaikendall.wordpress.com 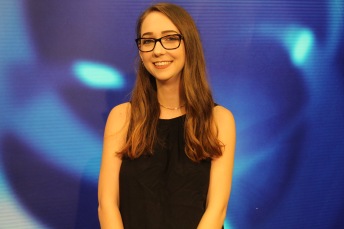 Emily Kubacki is a senior Communication student at the UNF with a minor in Creative Writing. She has a passion for storytelling and hopes to apply that passion in the workplace. When she’s not writing, she enjoys binge watching Friends and doing her makeup.

Courtney Stringfellow, one of our anchors, is a senior studying Multimedia Journalism at UNF. She is known for her meticulousness in writing, but does enjoy experimenting with more creative techniques in both articles and videos. Her experience with Adobe Premiere and application of AP style as an editor for Spinnaker Media has taught her patience and strengthened her attention to detail. After graduation, she would like a career that allows her to combine knowledge of storytelling and her passion for DIY-projects. You can see what she’s all about at courtneystringfellow.wordpress.com 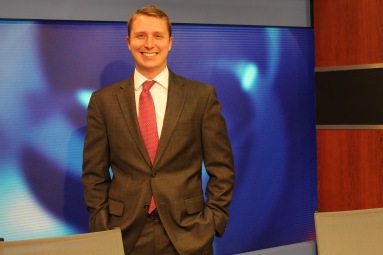 Alex Gatlin, the other part to our anchor duo, is a Multimedia Journalism student at UNF. He’s apart of the ESPN3 club, produced content for the Spinnaker and has also extended his talents as an on-camera personality and PA announcer for the university’s athletic department. When he isn’t busy doing a million things at school, he often freelances as a replay operator and play-by-play host for a high school football team. He hopes to pursue a career in journalism where he hosts his own sports simulcast or continue working play-by-play.

Ryan Bishop is a Multimedia Journalism student at UNF. He was born and raised in the lovely sunshine state in the town of Kissimmee, FLA. He is the youngest of three children and is hoping to make a positive difference in the world. His love for basketball made him realize that his dream is to be an NBA play-by-play commentator.

Elizabeth Norton is a Communications senior at UNF. As a double major in Multimedia Journalism and Global Business Psychology, she hopes to combine her desire to explore the world with a career in business and producing. 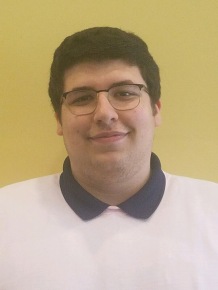 Logan Ansteatt is a multimedia journalist with a passion for sports, food and video games. In his free time, he enjoys hosting podcasts and discussing the intricacy of making the perfect quesadilla.

Andy Moser is a Journalism senior at UNF. He’s currently interning for Jacksonville Magazine and has also written feature stories, album reviews and film reviews for Spinnaker Media. He hopes to continue working the features/entertainment side of journalism while still finding time every week to catch a movie. Visit andymosersite.wordpress.com to really meet him.

As a UNF senior, Kendra Ehrenberg majors in Journalism and Multimedia Production. When she isn’t busy interning at Channel 4, she enjoys cheering for the Tampa Bay Lightning, DJing for the Jacksonville Icemen and eating her weight in Mellow Mushroom pizza. Her goal is to work for Fox Sports Sun. 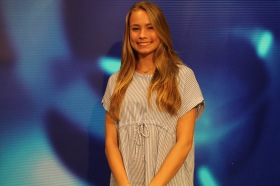 Audrey Carpenter is a Multimedia Journalism, Political Science and Spanish junior at UNF. She will graduate in 2019 and plans to move to Washington, D.C. to work in international development and education. She wants to use her skills in journalism to bring awareness for the betterment of education in South and Central America. She is an avid runner and competes for the UNF track and cross country team. She enjoys journaling, cooking and coffee in her spare time. 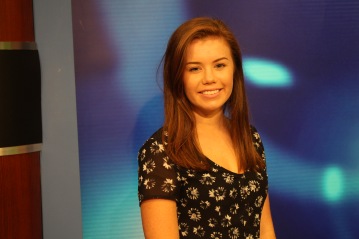 Alannah Turner is an exchange student at UNF from Sydney, Australia. She enjoys documenting her many travel experiences through writing, video and photography. After graduating in Australia she aspires to write for radio entertainment and continue to pursue travel journalism.

Colin McCan is a Communications senior at UNF. He also works with Spinnaker as a government reporter, although he enjoys writing about almost anything. Colin has lived in Jacksonville for four years and has enjoyed being a part of the community.